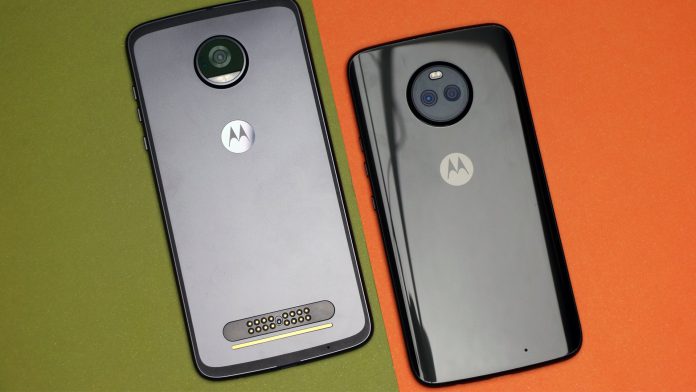 This year, Motorola decided to expand its smartphone portfolio and today has so many devices that they began to compete with each other. This is the case of Moto Z2 Play and the latest release, the Moto X4, which was announced with a suggested price of R$ 1,700, the same price range as the Moto Z2 Play currently. But what does every smartphone have to be positive and negative when confronted? Let’s go to the comparative.

The two smartphones come with Android Nougat with expected upgrade to Oreo. Motorola has one of the purest Android on the market, although in recent years it has put more apps and changed the interface a little, especially the face of icons. There is little distinction between the platforms, but the Moto X4 stands out with the few but good features that Motorola has created for its iconic smartphone.

Among them are what Motorola calls The Moto Experiences, such as the possibility of connecting the smartphone to up to four Bluetooth audio devices simultaneously, or the Quick Screen Capture function that allows the user to print the screen by pressing the display with only three fingers at the same time, and even the Moto Key, it allows you to unlock password-protected websites, by mobile phone or laptop, with a simple tap on the multifunction fingerprint sensor. It’s not a super advantage, but it’s a Moto X4 differential over the Moto Z2 Play.

AMOLED or IPS, what is your?/ © AndrdoiPIT

This is the point at which the Moto X4 is perhaps more attractive than the Moto Z2 Play, as it has a dual camera. The Rear Camera of the Moto Z2 Play has two interesting technologies, though: Dual Autofocus Pixel and laser focus, which offers a range three times greater than its previous generation, capturing objects up to 5 meters away. The 5 MP front camera has an 85º open angle lens and dual color-balanced (CCT) flash.

In turn, the Moto X4 arrives with a smart dual rear camera, with advanced features such as selective focus, featured color, object recognition, and panoramic selfies with a 16 MP front camera. Within the improvements in the camera software are the Object Recognition and Sights function, which shows the user general information about what is being seen through their lenses.

You can even read business cards and quickly add them to contacts. Another cool feature is Animations and Graphic Effects, which allow you to add a layer of drawings to photos or videos using augmented reality features. Something we’ve seen on smartphones from other brands, but that’s cool.

The dual rear camera software also allows you to add a blurry background, that one of the bokeh effect, select black and white for the foreground or background of the image, or even change the background, function we have already seen in the Moto G5S and Moto G5S Plus.

The other novelty that comes with the Moto X4 is the featured color effect, which allows you to highlight one of the colors in the image, leaving everything else in black and white. In addition, the Moto X4 camera also has Dual Autofocus Pixel technology for a quick focus in low-light situations. And if all this wasn’t enough on the rear camera, the Moto X4’s front camera is 16 MP.

Moto X4 has many more cameras/©

In the battery there is not much to talk about, after all the two devices have battery of 3,000 mAh and comes equipped with TurboPower charging, which provides up to six hours of use with only 15 minutes of charge.

That may be the cat jump of the Moto Z2 Play against the Moto X4, but that’s only if you’re willing to spend more on buying snaps, since only the Moto Z2 Play allows you to buy battery and camera accessories, for example. Or a sound box or portable projector.

If you care about smartphone space, this is one more something to consider on the Moto Z2 Play. In fact, the Moto Z2 Play seems to fare better in almost every respect compared to your colleague, except if you’re looking for a dual camera and software features. Then you better get the last shot anyway.

So, what would be your choice? Moto Z2 Play or Moto X4?